A Pair of Key Employer Requirements Put on Hold

Under Equal Employment Opportunity Commission (EEOC) regulations promulgated in September 2016, certain employers were required to add compensation data to their annual employee census reports. The affected employers were those having 100 or more employees (50 or more for federal contractors). This additional information would have to be included in 2017 reports submitted by March 31, 2018. 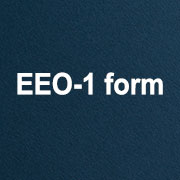 For now, the requirement to report compensation data has been put on hold by the Office of Management and Budget (OMB), a federal agency that assesses the compliance of other agencies with the Paperwork Reduction Act. “Among other things, the OMB is concerned that some aspects of the revised collection of information lack practical utility, are unnecessarily burdensome, and do not adequately address privacy and confidentially issues,” the OMB stated.

This delay may not permanently invalidate the principle behind the expanded reporting rule. However, it does mean that the EEOC must go back to the drawing board and submit a new, less burdensome “information collection package” for review. The OMB also directed the EEOC to remind employers that they still need to submit EEO-1 forms for 2017 by the March 31, 2018 deadline, using the original data elements (on race, ethnicity and gender) but not salary information.

The U.S. Chamber of Commerce had urged the OMB to put the brakes on the expanded EEO-1 form. When it originally proposed its broader scope reporting requirement, the EEOC estimated the added effort involved would cost all impacted employers overall, around $54 million. The Chamber estimated the cost would be closer to $400 million.

The original aim of the EEOC’s expanded reporting format was to “improve investigations of possible pay discrimination which remains a contributing factor to persistent pay gaps.” It also suggested that data, presented in that format, could be useful to employers themselves to help them identify possible patterns of inadvertent race or gender-based pay discrimination.

With these goals in mind, nothing prevents employers today from conducting their own internal analyses to look for any discriminatory pay patterns, and take corrective actions. “The EEOC remains committed to strong enforcement of our federal equal pay laws,” the agency’s temporary leader, Victoria Lipnic, said in response to the OMB’s decision.

Right on the heels of the OMB action came an important ruling by the U.S. District Court for the Eastern District of Texas. That court finalized the preliminary injunction it had issued last November, blocking implementation of new DOL overtime pay regulations that would dramatically affect many employers and employees. Those regulations were originally unveiled in May 2016 and were set to take effect on December 1, 2016.

For now at least, the opinion issued by the court means that the threshold below which all employees would be eligible for overtime pay, regardless of the nature of their jobs, remains unchanged, at $455 per week ($23,660 annualized). Under the regulations blocked by the court, that weekly wage threshold would have slightly more than doubled, to $913 ($47,576 annualized).

In the months before the new regulations were officially rejected by the Texas court, many employers had already prepared to incorporate the changes. Some took steps to ensure that employees whose earnings were between the old, lower threshold and the new, higher one didn’t put in overtime hours. Many also raised the salaries of workers with earnings that were already just below the $47,576 threshold, to meet or slightly exceed that amount. By so doing, they hoped they would still come out ahead by not having to worry about paying time-and-a-half to those employees who satisfied the exempt status duties test.

After the Texas court imposed the preliminary injunction blocking the new regulation last November, few employers that had already taken those steps reversed themselves, particularly  pay raises, on the basis of the court’s action. The feeling was that taking back pay raises ultimately would have proven more costly to the employer than leaving them in place, given the damage it would do to the morale of affected workers.

What Can Employers Expect Now?

While the plans for change have been sidelined for now, it doesn’t mean that employers will never face the same issues. First, even before the Texas court had issued its final ruling, under  the Trump Administration, the DOL had announced it was planning to reconsider the regulations that had been suspended by the Texas court. Specifically, the DOL asked for input on what an appropriate threshold might be. This seems to indicate that while the DOL believed the threshold should be raised, the original plan might have raised it too high.

Also, the U.S. Court of Appeals for the 5th Circuit is reviewing the case, and could, in theory, overturn the lower court’s decision. Chances are, employee advocacy groups are currently urging the court to do so.

Bottom line: There’s little reason for employers to change whatever course of action they chose just before the DOL regulations were supposed to go into effect. An employment law attorney or HR advisor can help you take a closer look at the issue as it applies to your specific situation.