Should You Switch Your Business to C Corporation Status?

Thanks to the Tax Cuts and Jobs Act (TCJA), the federal income tax rate on C corporations is now a flat 21%, for tax years beginning in 2018 and beyond. Under prior law, C corporations were subject to graduated tax rates ranging from 15% to 35%. This is a permanent change, as long as Congress doesn’t reverse it. 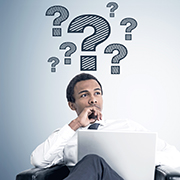 By comparison, the maximum federal income tax rate for an individual taxpayer’s income from sole proprietorships and so-called “pass-through” entities (including partnerships, limited liability companies and S corporations) has been reduced to 37% under the TCJA. Starting in 2026, the individual federal income tax rates are scheduled to return to the pre-TCJA levels (which maxed out at 39.6%).

Based on these tax rate considerations, what’s the optimal structure for your business now? Many business owners are asking if they should switch to C corporation status. The answer varies from business to business. But there’s more to consider than just federal income tax rates. And C corporations also have certain tax disadvantages that you need to understand before you can decide.

Income earned by a C corporation can potentially be taxed twice:

Under current law, dividends received by individual shareholders and trusts and estates are taxed at a maximum federal rate of 20%. But dividends have been taxed at much higher rates in the past. And there’s no guarantee that the tax rate on dividends won’t be higher in the future, if Congress changes the tax law.

In addition, dividends can be hit with the 3.8% net investment income tax (NIIT). This effectively raises the maximum federal rate to 23.8% under current law.

Double taxation can also arise indirectly if you sell your C corporation shares for a profit. The corporation’s income is taxed once at the corporate level and undistributed profits can be indirectly taxed again at the shareholder level — in the form of capital gains tax when your shares are sold.

Under current law, the maximum federal income tax rate on long-term capital gains from shares held for more than one year is 20%. However, the 3.8% NIIT may also apply.

The double taxation threat generally makes it a bad idea to use a C corporation to own appreciating assets, such as real estate and patents. When the corporation sells an appreciated asset, it can trigger tax at the corporate level and again at the shareholder level if the sales proceeds are distributed as 1) dividends, or 2) liquidation proceeds if the company is disbanded after the asset sale. Double taxation can also arise if undistributed asset sale profits contribute to selling your shares for a gain.

So, the fundamental tax planning objectives for C corporations haven’t changed under the TCJA. Corporate business owners should still try to avoid double taxation, if possible.

One way to avoid double taxation is to keep all corporate profits and gains inside the corporation. However, if you do that, your corporation runs the risk of being exposed to the accumulated earnings tax (AET).

The AET is a corporate-level tax assessed by the IRS (as opposed to a tax that is paid voluntarily with a corporate tax return). The IRS can assess the AET when:

When the AET is assessed, the rate is the same as the current maximum 20% federal rate on dividends received by individuals.

Important note: When a business owes the AET, it’s in addition to the regular corporate federal income tax.

The personal holding company (PHC) tax is another corporate-level tax that’s intended to prevent C corporations from avoiding double taxation by keeping all profits and gains inside the business. PHC status is determined annually.

So, a corporation can inadvertently fall into the PHC trap if it wasn’t considered a PHC in previous years. Essentially, the tax planning objective to avoid the PHC tax is to maximize the odds that your corporation will fail one of two tests — or both.

To fail the income test, a corporation’s PHC income must be less than 60% of its adjusted ordinary gross income (AOGI).

A corporation’s ordinary gross income is income from operations minus 1) gains from the sale or disposition of capital assets (typically investment assets), and 2) Section 1231 assets (business assets that are taxed similarly to capital assets).

AOGI is ordinary gross income adjusted for certain rental property expenses, certain expenses allocable to revenues from oil and gas and mineral production, and other items.

A corporation passes this test for a particular tax year if more than 50% of its stock value is owned directly or indirectly by five or fewer individuals during any part of the second half of that tax year.

Sometimes the ownership structure will result in the corporation passing the ownership test. When that happens, the shareholders may be able to adjust their ownership percentages during the first half in order to fail the test during the second half.

A corporation that passes both tests is a PHC that’s currently taxed based on its undistributed PHC income. This is calculated by making various adjustments to the corporation’s regular taxable income and deducting any dividends paid. The remainder is subject to the 20% PHC tax.

Important note: When a business owes the PHC tax, it’s in addition to the regular corporate federal income tax bill.

The PHC tax is designed to encourage corporations that are classified as PHCs to pay out earnings as taxable dividends to shareholders. So, paying dividends can reduce or eliminate the tax.

However, those dividends must be reported as income on the shareholders’ tax returns, and probably taxed at the maximum 20% rate for individual shareholders. If so, it’s basically a wash from a federal income tax perspective. The trick is to avoid exposure to the PHC tax in the first place, usually by managing to fail the income test.

Should Your Business Operate as a C Corporation?

Be aware that, if you do choose to operate as a C corporation to take advantage of the new 21% corporate federal income tax rate, the IRS may target C corporations and give more attention to the AET and the PHC tax under the TCJA. So, avoiding these taxes and providing thorough documentation should be a key planning goal for corporations in the future.

There’s no one-size-fits-all business structure. The best structure depends on your circumstances. Your tax advisor can help you put the pieces of the puzzle together to derive the best answer for your specific situation.