Do You Pay Employees to Be On Call?

Federal law and regulations, and, often, those at the state level, try to guide employers on the question of paying nonexempt workers for being on call. Sometimes your own judgment needs to be exercised as well. 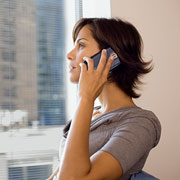 The most straightforward example of a standby situation is when you ask employees to stay at the job site even when they’re off duty. “An employee who is required to remain on call on the employer’s premises is ‘working while on call,'” according to the Department of Labor’s (DOL’s) Wage and Hour Division. It’s also sometimes called “being engaged to wait.” A more precise definition of this type of work is when you require employees to stay so close by that they aren’t free to use the time as they choose.

The Fair Labor Standards Act doesn’t dictate how much employees who are “engaged to wait” should be paid, though of course you must meet minimum wage and overtime requirements. As always, remember that your state or local laws might be more restrictive. California law, for example, has plenty to say on this topic, and some municipalities are also weighing in with local ordinances.

But consider this possibility: suppose you have an employee who is normally paid $18 an hour, or a salary equivalent to that based on a 40-hour workweek. You could drop that employee’s pay rate when he or she is in “working on call” status. After all, many employees who are pinned down at your worksite but not actually working might not think it’s such a bad deal to be paid below their normal wage rate while not working, even though it means they’re not free to leave. However, from your perspective, that could be more trouble than it’s worth from a recordkeeping standpoint, particularly if the time periods are short.

Also, keep in mind that those same “working while on call” hours count toward the calculation of overtime pay. If employees are pursuing activities, such as reading novels or playing cards or video games, for a few hours and those hours push them over the 40-hour workweek overtime threshold, time-and-a-half pay is due.

Where things get trickier is when an employee is on call, but doesn’t need to be at your worksite. If the employee is deemed to be “waiting to be engaged” (as opposed to being “engaged to wait”), compensation isn’t mandatory. But, just because you don’t require the employee to stay at your worksite doesn’t guarantee he or she has “waiting to be engaged” status. “Additional constraints on the employee’s freedom could require this time to be compensated,” according to the DOL.

Some of those “additional constraints” were laid out in a landmark federal appeals court case in 1994 (Berry v. County of Sonoma). They include the following:

Even this additional detail leaves room for interpretation, because terms such as “excessive” and “unduly” are in the eye of the beholder, and sometimes the beholder is a judge. For example, in a recent class action case, one retailer sensed that an appellate court would side with employees (despite being successful at the trial court level) on a matter of interpretation and has tentatively settled with about 36,000 employees at a cost of $12 million. (Casas v. Victoria’s Secret Stores LLC)

Facts of the Case

The issue was the retailer’s on-call shift scheduling policy, which the company abandoned even before the case was settled. In California, home to many of the retailer’s employees, if employees are required to report to work only to be told they aren’t needed that day, the employer must pay them two to four hours at their regular pay rate.

The question being addressed in this case was whether employees who had to only phone in to determine whether they had to report to work, were also entitled to such pay. The argument was that since those employees had to be prepared to go to work (for example, by making child care arrangements) and put other possible plans on hold (such as working at a second job), they too should be entitled to that pay.

As with so many murky labor legal issues, an ounce of prevention is worth a pound of cure. Without giving away the store, establish policies (and make them clear in your employee handbook) that employees will consider fair, rather than test the limits of the law. The following policies should help:

As always, it’s prudent to consult with a labor law attorney before implementing any new policy.

There’s currently a “stepped-up basis” if you inherit property — but will it last?

Getting a new business off the ground: How start-up expenses are handled on your tax return

PPP forgiveness and repayment: What businesses need to know now