Check the New Definition of Joint Employer: The Upside and the Down 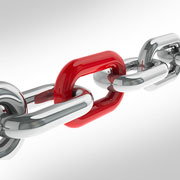 Being a joint employer means that you and another employer share, both “individually and jointly,” the responsibility of complying with labor laws and regulations. So if this classification applies to your business, it’s critical that you pay close attention to how your fellow joint employer deals with the employees you share.

Most employers take pains to avoid joint employer status for that reason, but it doesn’t always work out that way. Three years ago, the National Labor Relations Board (NLRB) took a hard line position on this status in a case involving Brown Ferris Industries (BFI).

A group of workers employed by Leadpoint (a staffing services company) who performed services for BFI were seeking union representation. The union (Teamsters Local 350) wanted BFI to be ruled a joint employer, with the expectation that BFI could afford to offer a more generous contract than would be possible with Leadpoint. The conflicting opinions were taken to the NLRB for resolution.

BFI argued, in effect, that it wasn’t a joint employer because it only had “indirect” control over those employees, and that although it might in theory be able to exercise some level of control over the employees, it hasn’t done so. But the majority of NLRB members disagreed, ruling that even with only unexercised and indirect control, BFI should be considered a joint employer. BFI appealed the ruling to the federal court system and the case hasn’t yet been decided. However, in light of recent changes at the NLRB, the company may be in a much more favorable position.

After the election of Donald Trump, the composition of the NLRB was modified, resulting in a more business-friendly majority which takes a dim view of the Board’s 2015 ruling in the BFI case. It expressed that opinion in a new case involving an employment services company and a construction company. The majority opinion stated that the “indirect control” standard applied in the BFI case represented a “distortion of common law,” and that it would prevent the NLRB from “fostering the stability of labor-management relations.”

So returning to square one, here are the relevant criteria you can use to assess whether you could be pulled into joint employer status, as described by the Department of Labor (DOL) Wage and Hour Division. The most common joint employment situations are the following:

1. Where the employee has two (or more) technically separated or associated employers, or

2. Where one employer provides labor to another employer and the workers are economically dependent on both employers.

Here are some examples of a possible joint employer relationship under the first scenario offered by the DOL:

The employers have an arrangement to share the employee’s services,

One employer acts in the interest of the other in relation to the employee, or

The employers share control of the employee because one employer controls, is controlled by, or is under common control with the other employer.

The joint employer status determination will “focus on the degree of association between the two employers,” according to the DOL. Questions that will lead to a determination include:

Under the second scenario (that is, where one employer provides labor to another employer and the workers are economically dependent on both employers) joint employer status would be evaluated with questions including:

There is, inevitably, some subjectivity in joint employer status determination. The DOL says the ultimate focus is on what it calls the “economic realities of the relationship.” But, thanks to the NLRB’s rejection of the broader “indirect control” standard, fewer companies are likely to be deemed as joint employers. When in doubt, however, consult with a qualified employment law attorney.

Is an HSA Right for You?